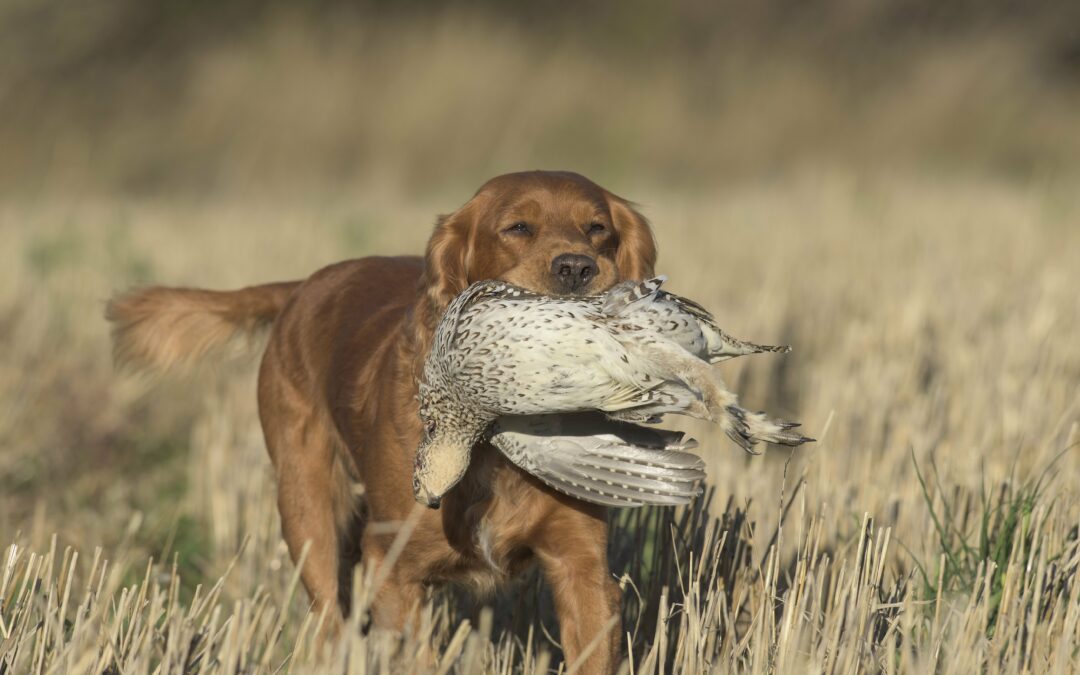 Before your dog is ready to go out hunting with a group, you’ll want to make sure it has proper etiquette. This might not be something you find out until the hunt; however, there are a few steps you can take to ensure you both have the best possible experience.

First, you’ll want to observe how social your dog is with other dogs. If you’re getting together with a friend who also is bringing a dog on the hunt, you’ll want to make sure your dog is friendly towards the other dog. Prior to the hunt, you can take steps to make sure your dog has lots of socialization. Introduce it to family members, neighbors and friends’ dogs often so it’s used to interacting.

If it turns out your dog is not friendly, there are a few things to keep in mind during the hunt. Always keep the dogs at a good distance from others and be sure to keep a close eye on your dog so you can check in with its behavior and take action if you sense any unfriendly vibes happening. Even if they are unfriendly, most dogs will be distracted by the hunt, and you can help with this by encouraging them to stay focused on you. During breaks, have a crate handy to keep your dog in so it can rest without any issues. 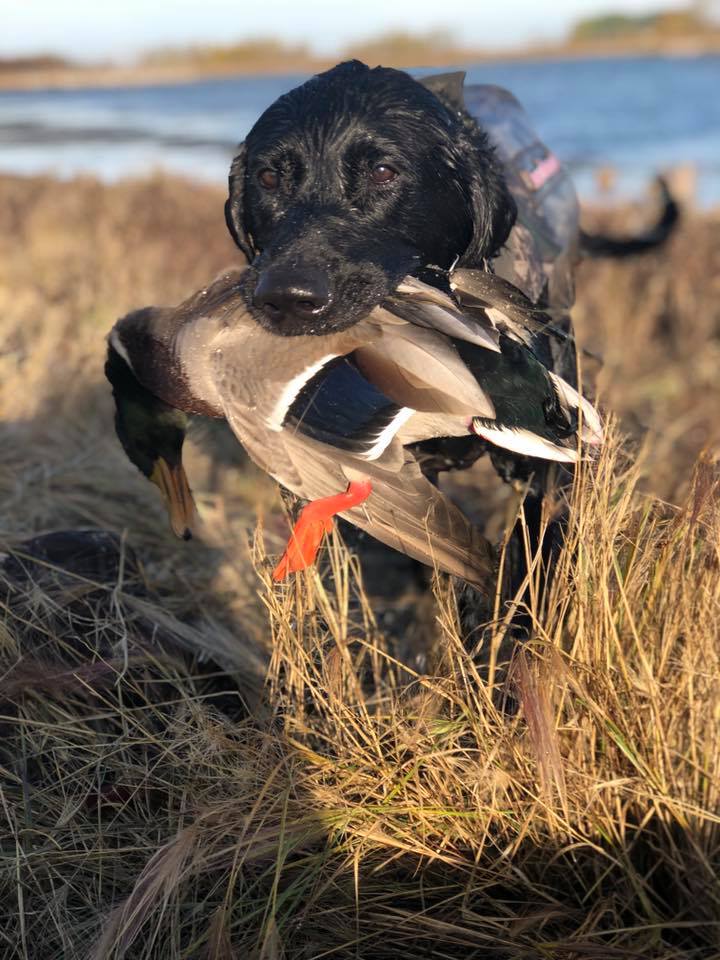 Sometimes even the friendliest dogs get possessive around birds, and many times this is not something you’ll find out until your first hunt with other dogs. If this is the case, be prepared to prevent all the dogs from getting near the same pile of birds. You’ll want to make sure your dog has a strong foundation of obedience and that you’ve trained around big distractions. Work on this continuously prior to the hunt.

Additionally, some dogs tend to show their competitive side when they are around other dogs during a hunt. This doesn’t always mean they will be unfriendly, but it still can cause issues. Dogs will show this by stealing birds from other dogs, working too far out and flushing birds too far away in order to attempt to stay ahead of the other dogs. Be sure to keep them within shooting distance range at all times. Using whistle commands and talking to your dog lightly can help, but you’ll want to refrain from shouting during the hunt. You’ll also want to make sure your dog is not stealing birds from the dog you’re hunting with. You should be able to call your dog off when it’s another dog’s retrieve.

Another common issue during the first few hunts, especially with younger dogs, is that the dog just wants to play, more or less, and not hunt. If the person you’re hunting with has an older dog that is not interested in playing, your dog could end up distracting your buddy’s dog. This
can cause the other dog to not do its job to the best of its ability. This might also cause confrontation between the dogs if one is there to hunt and the other is more interested in playing.

If this occurs, try hunting them separately in the beginning. Let your buddy’s dog hunt by itself first and then swap them out and hunt with your dog. Towards the end, you can try letting them hunt together again. After the playful dog starts hunting, it may become more focused and be OK to hunt with other dog for the remainder of the day and also for future hunts.

By taking these steps to make sure your dog has proper etiquette, you should be able to enjoy many hunts together with both your friends and the dogs they bring along with them.

Stay Up to Date

Get periodic updates about events and information.

The Importance of Crate Training

There are several benefits that can come from crate training a dog, especially if you begin right away when it's a puppy. It's important to start...
Read More

A Proper Introduction to Water

Whether you're working with a 10-week-old puppy or a 3-year-old dog, it's important to introduce your dog to water the right way. You'll want to...
Read More

Helping Your Retriever Go the Distance

Training your dog for success on long retrieves includes many aspects, the most obvious being that you need to practice marks that are farther than...
Read More

JESSIE RICHARDS is a full-time trainer focusing on Labrador retrievers. She can be reached at www. fullthrottlekennel.com or on Facebook at Full...
Read More

Close your eyes and grab one! That's one method of picking a puppy. But not necessarily the one that I'd recommend. The first thing I like to do...
Read More

Now that your puppy has been socialized and has a start on basic manners, it's time to start retrieving. There are a few key steps to successfully...
Read More

Depending on your view of retriever training, you could say the process hasn't changed much since the days when Canadian waterfowlers trained now...
Read More

Before your dog is ready to go out hunting with a group, you'll want to make sure it has proper etiquette. This might not be something you find out...
Read More

I am a strong believer in raising puppies in the house to help teach proper socialization, house breaking and manners. Retrievers in general are...
Read More

Jessie Richards owns and operates Full Throttle Kennel, in Campbellsport, Wisconsin. She specializes in training all breeds of retrievers for hunting and AKC hunt tests, as well as guides upland hunters and takes time in October for waterfowl hunting in Saskatchewan.